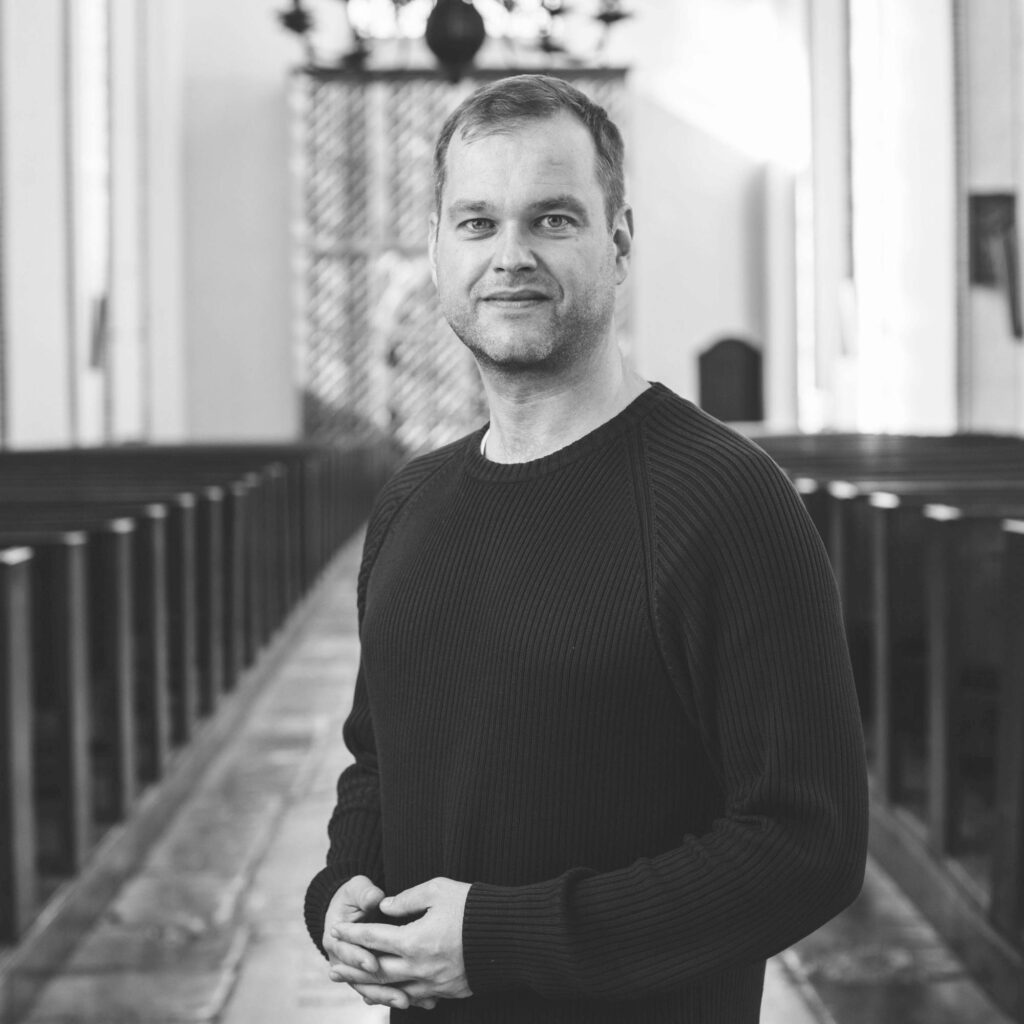 The bass baritone Thilo Dahlmann grew up in the Hunsrück (Germany) and studied singing under Ulf Baestlein, Berthold Schmid, Guido Baehr and Wolfgang Millgramm at the Folkwang College in Essen, where he passed his concert examination with distinction. His collaboration with Roland Hermann also contributed significantly to his formation as a vocalist. He won the first prize at the North Rhine-Westphalia State Competition. Thilo Dahlmann was a member of the International Opera Studio of the Zurich Opera House. He has guested at the German Opera of the Rhine in Duesseldorf, Wuppertal Buehnen, Koblenz Theater and St. Gallen Theater. He is soloist of many International Festivals in germany, Switzerland, Netherlands and Japan. Recently he sang at the opening concert of Hamburg´s Elbphilharmonie. Many DVD and CD Productions in Germany, Switzerland, France and Austria. He is teaching as Professor of singing at the Musikhochschule Frankfurt and was a visiting Professor at Graz University.