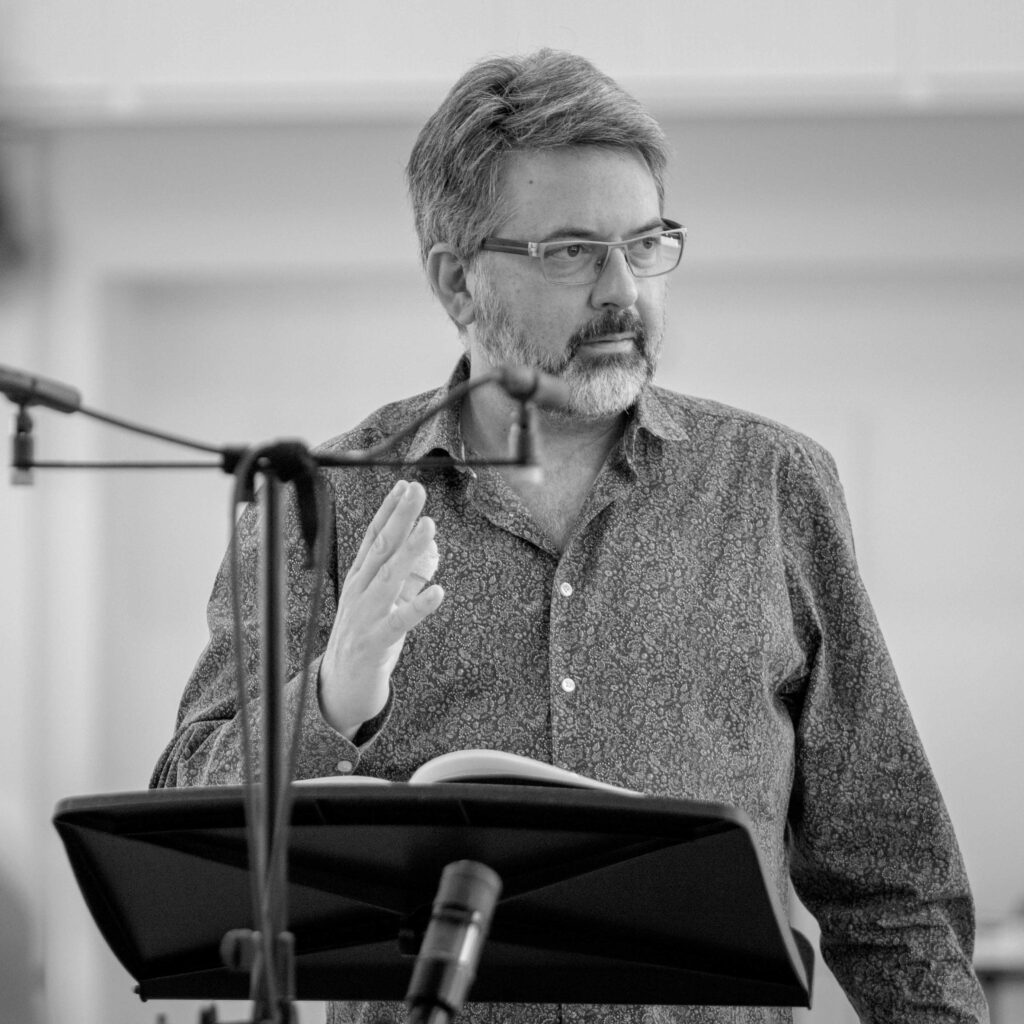 Artist was born in Geneva and studied singing in his native city, in Cologne and then in Lausanne. His concert career began during his studies in Germany with a fruitful collaboration with Reinhard Goebel and Musica Antiqua Köln. Since then he has performed regularly and all over the world with conductors such as Leonhardt, Herreweghe, Savall, Suzuki, Kuijken, Corboz, Brüggen, Kossenko, Pierlot, Luks, Harding, Junghänel, Rademann, Pichon, Van Immerseel, Coin, Rilling, Van Nevel or Bernius. He is the founder and conductor of the Ensemble Gli Angeli Geneva, which gives some thirty concerts each year throughout the world. He regularly conducts other ensembles (OSR, Philharmonie Zuidnerderland, Nederlandse Bachvereniging etc.) and more than 95 CDs, many of which have won critical acclaim, document his work. He has been professor of singing at the Haute Ecole de Musique de Lausanne since 2013.