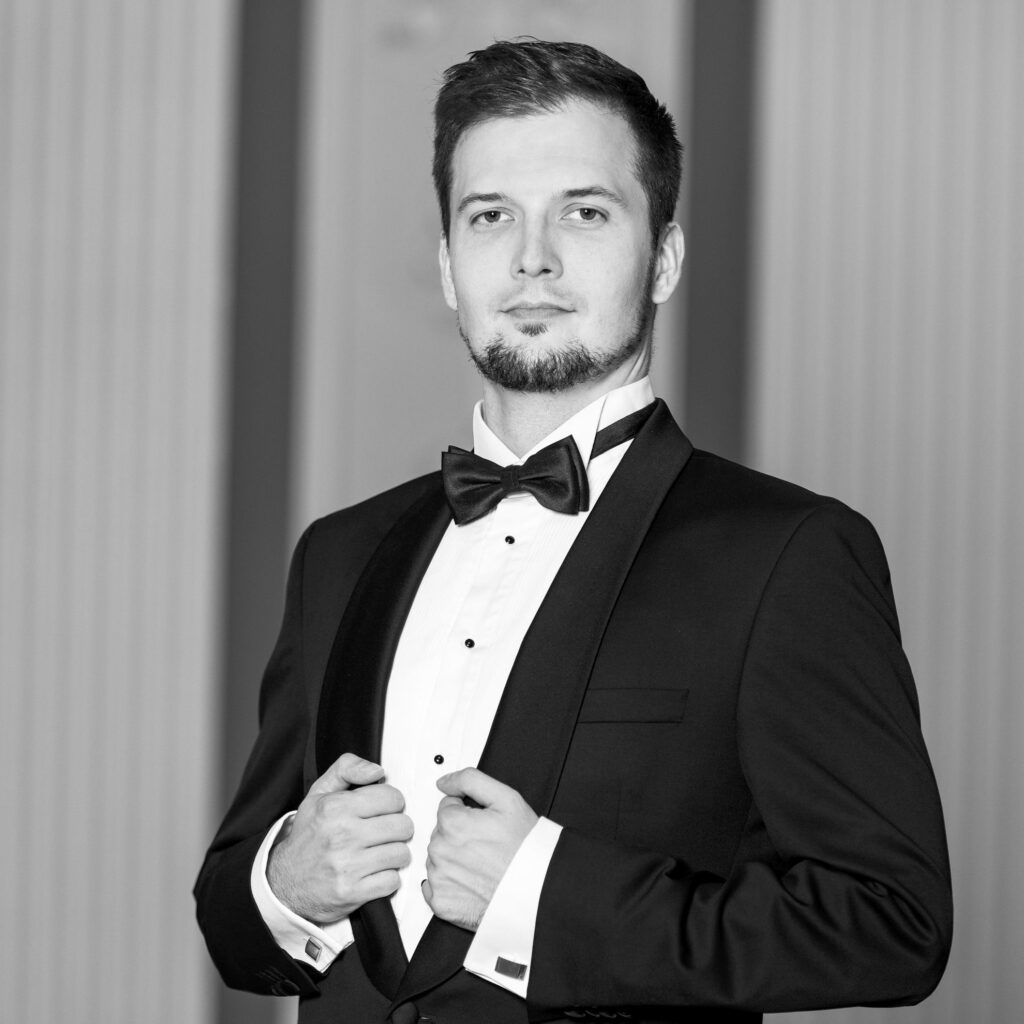 He graduated from vocal studies at the Karol Lipinski Academy of Music in Wroclaw. Since 2019, he has been a participant of the Opera Academy Young Talents Development Programme of the Grand Theatre in Warsaw, where he perfects his skills under the guidance of excellent educators, such as: Eytan Pessen, Matthias Rexroth, Olga Pasiecznik, Izabela Kłosińska. He’s been working on his vocal skills at master classes with such teachers as: Gerald Finley, Michelle Wegwert, Andrew Owens, Mariusz Kwiecień, Artur Ruciński. He works on an ongoing basis with the Grand Theatre – National Opera in Warsaw, Warsaw Chamber Opera, Polish Royal Opera, Baltic Opera, National Forum of Music. In 2017, he became a laureate of the Special Prize for the best performance of Polish songs at the 4th National Vocal Competition in Drezdenko. In 2019, he won the First Prize at the International Vocal Competition “Iuventus Canti” in Vrable (Slovakia) and the Special Prize of the Banska Bystrzyca Opera for the best interpretations of works. In 2021, he took part in the “Young Singers Project” organised by the largest music festival in Europe in Salzburg.