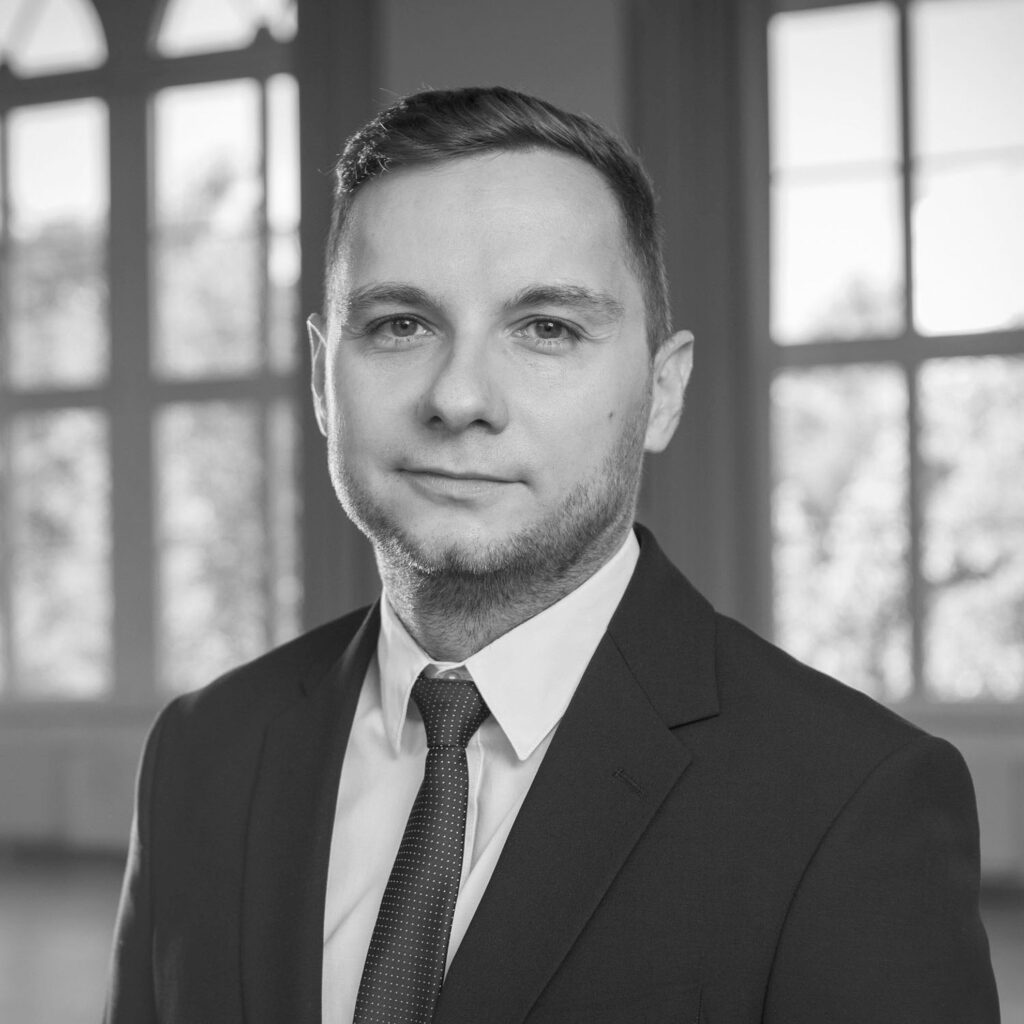 born in 1980. He is a graduate of Stanisław Moniuszko Music Academy in Gdańsk. In 2019 he obtained a  postdoctoral degree in musical arts in the artistic discipline of conducting. He works as an assistant professor at the Academy of Music in Gdańsk. Since September 2012 he has been the Vice-Dean of the Faculty of Choral Conducting, Church Music, Artistic Education, Eurhythmics and Jazz (3rd term from 2020). He also works at the Primary Music School in Gdańsk-Wrzeszcz, conducting a children’s choir and string orchestra. He is the founder and conductor of the Supra Vocalis Ensemble chamber choir. He is the conductor of the Gdańsk Medical Choir operating at the Regional Medical Chamber in Gdańsk. In the years 2006-2011 he was an assistant conductor of the Academic Choir of the University of Gdańsk. In the years 2007-2017 he was the regional coordinator of the Ministry of Culture and National Heritage nationwide „Choral Academy-Singing Poland” project, whose aim was supporting the development of school choirs. He has been performing with his ensembles in Poland and abroad and he has won over 40 awards and prizes at festivals and choral competitions. He also takes an active part in the works of the jury of choir and vocal competitions. In 2014 he was awarded the Honorary Badge of Meritorious for Polish Culture by the Minister of Culture and National Heritage. In 2020 he was awarded the Bronze Cross of Merit awarded by the President of the Republic of Poland.