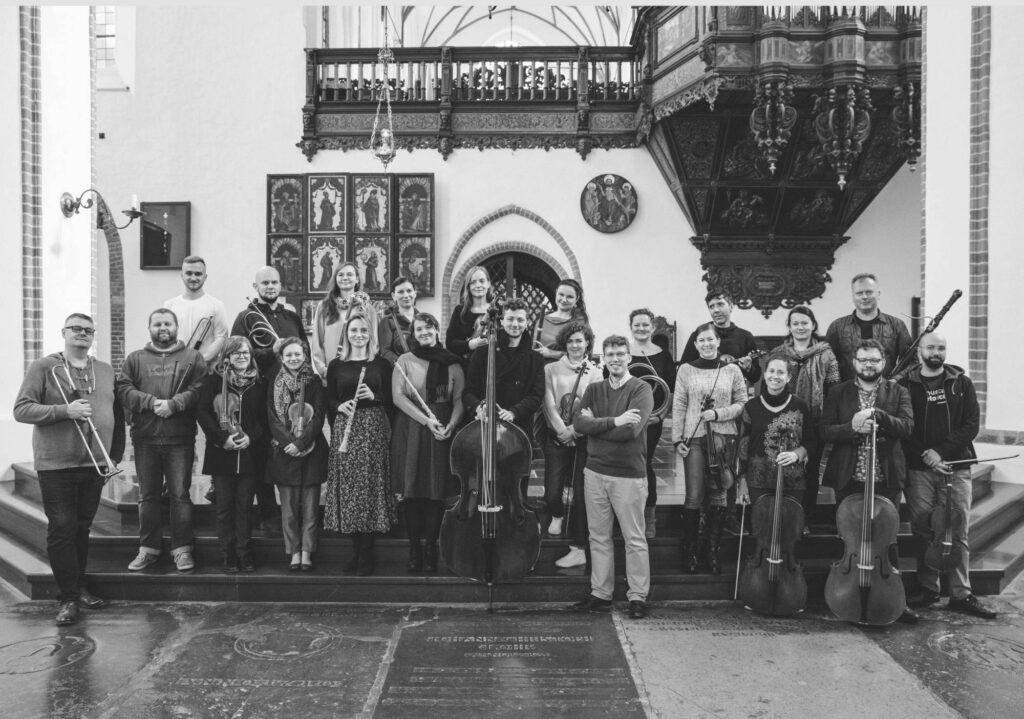 Goldberg Baroque Ensemble, founded by Andrzej Szadejko in 2008, specializes in interpreting vocal and instrumental music of the old Gdańsk and Pomerania. The ensemble’s baroque-classical repertoire is performed on the basis of historical performance practice on appropriate instruments. The orchestra is made of Polish and foreign musicians, graduates of renowned European centers of early music (Schola Cantorum Basiliensis, Royal Academy of Music in London, Royal Conservatory in The Hague). GBE performs in Poland and abroad. Among the achievements dominate 15 FRYDERYK and OPUS KLASSIK nominations for premiere CDs and SACDs with performances of Pomeranian music for Polish Dux and Sarton labels, and currently for the German label MDG. In 2022, with the album Oratorio Secondo of J.D. Pucklitz, Goldberg Baroque Ensemble won the OPUS KLASSIK Award for the ‘Best World Premiere’ in classical music.