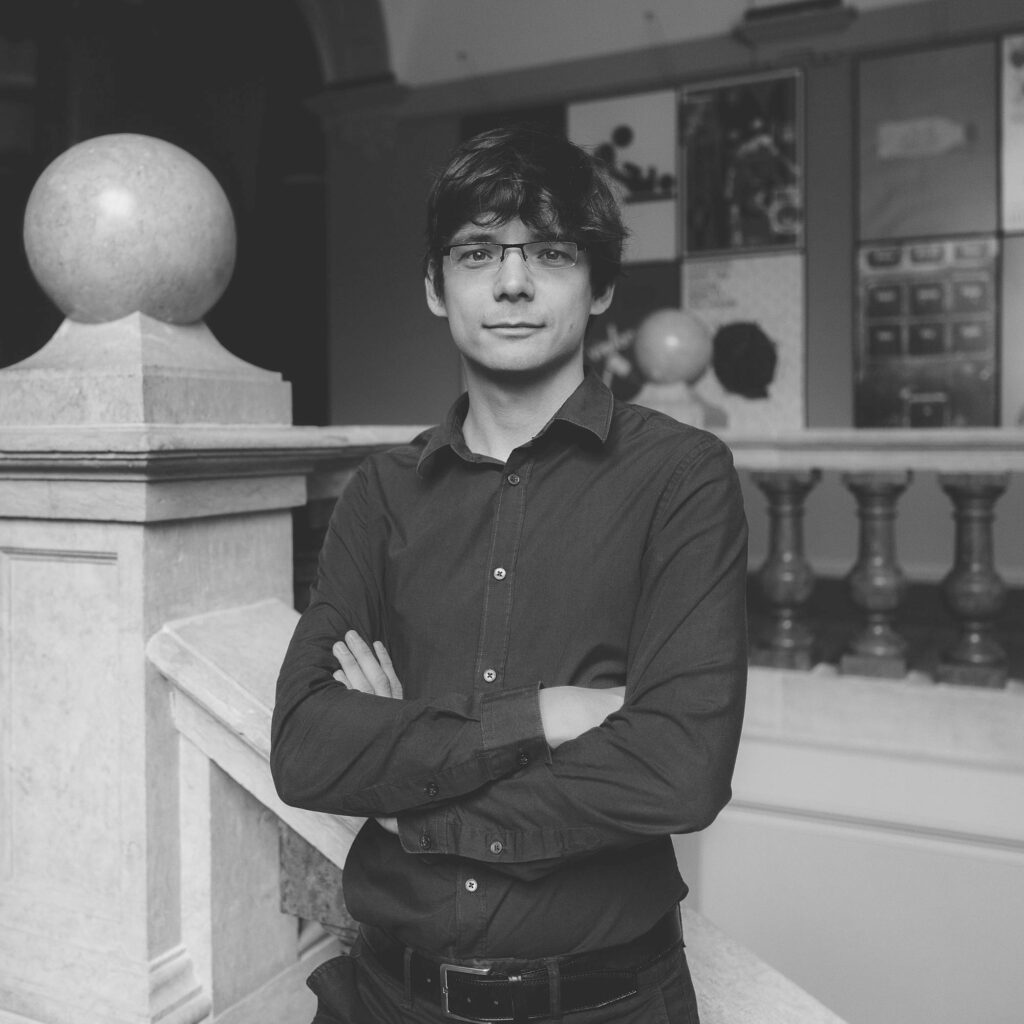 Filip Presseisen graduated with distinction from the organ class of Prof. Dr. h.c. Christoph Bossert at the Hochschule für Musik in Würzburg as a scholar of the Bavarian BAYHOST programme in 2013, and from the organ class at the Fryderyk Chopin Music University in Warsaw in 2010. He also studied at the class of Prof. F. Danksagmüller at the Hochschule für Musik in Lübeck, and participated in a number of master courses of interpretation and improvisation. He won the first place and a special prize at the Sixth Feliks Nowowiejski International Organ Competition in Poznań, a special prize at the ION International Organ Competition in Nuremberg for the best intepretation of compositions on historical organs, first place at the International Improvisation Competition „Internationaler Kinoorgel-Wettbewerb im Babylon” in Berlin, and second place and the audience prize at the International Improvisation Competition in Schwäbisch Gmünd. In 2015 he also came first in a competition of the Centre for Artistic Education for his programme of teaching “organ” as a subject. This programme provided the model for teaching at secondary music schools in Poland. He gives concerts both in his homeland and abroad, as well as lecturing at the Pontifical John Paul II University in Kraków and directing the instrumental division at the Archdiocesan Secondary Music School in Kraków.