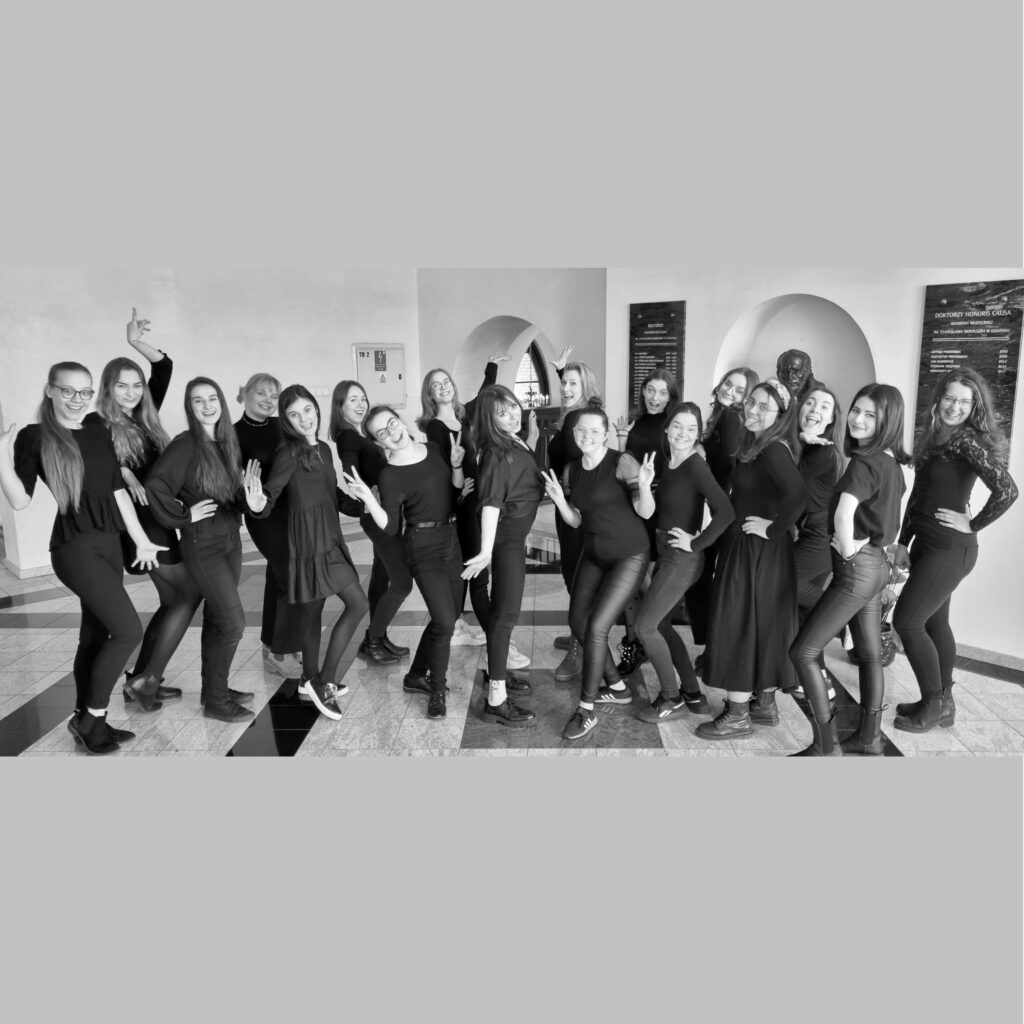 Gaudium per Canto Choir was founded in 1995 on the initiative of prof. Henryk Gostomski. The conductor of the ensemble from its inception to June 2021 was prof. Anna Fiebig. From October 2021, this role was taken over by Dr. Beata Śnieg. The choir is conducted as part of obligatory didactic classes for students. Rehearsals carried out twice two hours a week are the area of versatile creative activity. The ensemble actively participates in the artistic life of its alma mater. With his singing, he adds splendor to all kinds of celebrations, as well as performs in concert halls and stages in the Tri-City and nationwide. The band’s repertoire is very diverse. It includes both ancient and classical pieces, up to often very innovative contemporary compositions. Systematic work resulted in a number of artistic successes of the choir, winning high laurels at numerous competitions and choral festivals.

The most important of them are:

2012 – Grand Prix in the category of “secular choirs” at the 5th National Competition “Ars Liturgica” in Gniezno.

In April 2013, together with other academic choirs and the Symphony Orchestra of the Academy of Music in Gdańsk, conducted by Zygmunt Rychert, the choir recorded the album Wojciech Kilar “Angelus, Exodus, Victoria” (DUX), which was awarded the Fryderyk Phonographic Academy Award 2014 in the category “Album of the Year: symphonic and concert music”.

In turn, in May 2018, together with soloists, other academic choirs and the Symphony Orchestra of the Academy of Music in Gdańsk, conducted by Zygmunt Rychert, the choir recorded a live CD Stanisław Moniuszko. Straszny Dwór (DUX) nominated for the Phonographic Academy Award “Fryderyk 2019” in the category “Classical Music: Album of the Year – Choral, Oratorio and Opera Music”.