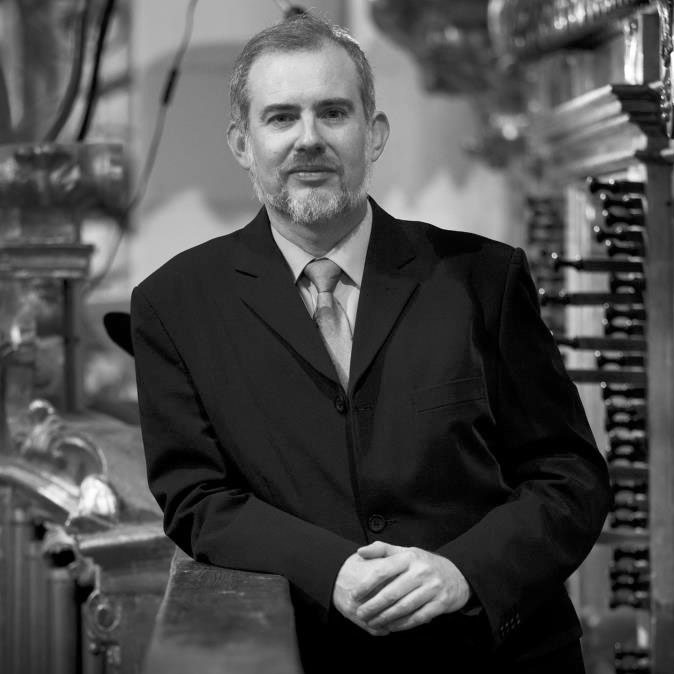 Andrés Cea Galán (Jerez de la Frontera, Spain, 1965) is interested in musical performance using early instruments (organ, clavichord and harpischord). After completing studies in his country, he attended Jean Boyer’s organ class in Lille (France) and also studied with Jean-Claude Zehnder at the Schola Cantorum in Basel (Switzerland). As a musician, he also recognizes the influences of Willem Retze Talsma, Bernhard Brauchli and Francoise Lengelle, among others. He is equally interested in musicological research, especially on keyboard music as well as on the history, technics and aesthetics of the organ in Spain. His articles and books on this subjects are being considered valuable contributions for Latino organ culture. He has completed his PhD in Musicology at Madrid Complutense University with a dissertation on Spanish tablatures. As a result of his updated approach to performance, he is frequently invited both for playing and teaching over Europe, México, South-America and Japan. As a soloist, he has made recordings for radio and CDs for Lindoro, Almaviva, Aeolus and Tritó labels. He has also collaborated with Ensemble Plus Ultra conducted by Michael Noone on the recording of Tomás Luis de Victoria’s music (Universal). He is the director of the Instituto del Órgano Hispano.