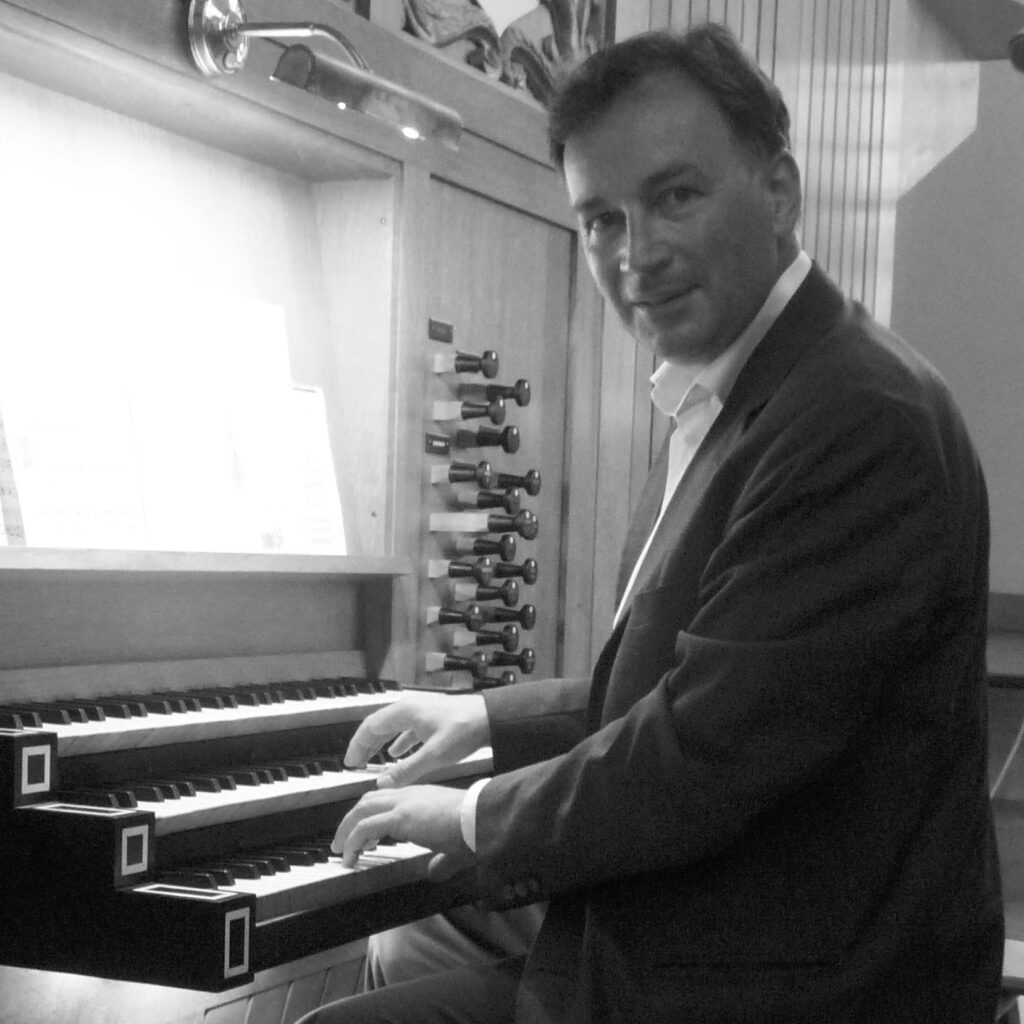 Andreas Liebig is a cathedral organist in Basel since 2014. In 2013–2015 he was Head of the organ department at Tiroler Landeskonservatorium in Innsbruck. Since 2018 he teaches at Staatliche Musikhochschule Freiburg. After studies in church music in Herford from 1983–89 he studied organ, piano and music theory at the Staatliche Hochschule für Musik und Darstellende Kunst in Stuttgart, e.g. with L. Lohmann, A. F. Faiss and H. Lachenmann, with D. Roth in Paris, M. Haselböck in Lübeck, Zs. Szathmáry in Freiburg and with S. Celibidache in Mainz. From 1989–90 had a scholarship of the German Academic Exchange Service) for studies with H. Haselböck in Vienna. 1988: awarded first prizes in the international organ competitions in Dublin and Odense. From 1989 to 1993 Mr. Liebig taught organ playing at the State Academies of Music in Lubeck and between 1995 and 1997 in Oslo. Cantor and organist at several churches in Denmark, Norway and Switzerland. Artistic director of several international festivals and concert series. He has performed to outstanding acclaim with extensive repertoire from Robertsbridge Codex to Avant-Garde and has a busy schedule of concerts, recordings for radio and television and master classes, which takes him to most of the European countries, to Asia, South and North America. Member of the jury for international organ competitions. Author of Bach-recordings on the historic organs in Trondheim, Groningen, Dornum and Oelinghausen.